How To Build Confidence In Your Child

You are here:
Create It Kids Club Blog 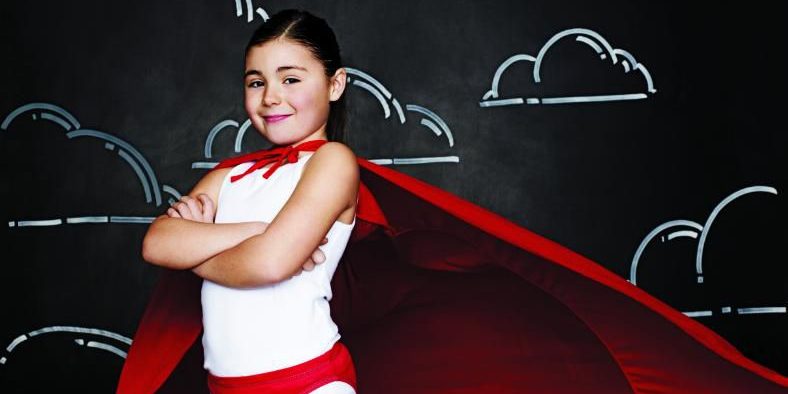 As I sat down and helped my 6 yr. old prepare for her sleepover, she looks at me and says, “I don’t want to go Mommy.” My immediate response was, “why not?” because I’ve learned to ask probing questions to fully understand what’s going on with my children. She went on to explain why she didn’t want to attend the sleepover. “She’s not very nice to me and sometimes bosses me around.” I looked her in the eye and asked her, “Have you told her how she makes you feel?” She shook her head no.
“Then that’s where we will start,” I explained as I picked up the phone to contact her friends’ mother. After explaining her reasons to the mother and getting the confirmation that it’s okay to express how she feels to her friend, she was happy and ready to attend the sleepover once again. I looked at her and told her I was proud of her for being brave enough to say exactly how she was feeling and confront her fears.
I also told her a story about the time when I was afraid. I explained that I had been following this businesswoman for a while on social media and I adored her. I finally got up enough courage to reach out to her and ask her to be my mentor. She set up a time to call and I was excited.
What happened next was devastating.
As we are on the call and she figured out that I didn’t have enough money to pay her premium price she began to speak to me in a tone that was nothing less than demeaning. After she finished letting me know how she felt about me contacting her and pretty much wasting her time, she then began to tell me to think of ways that I could pay her for her time.
I am so glad she said this because it gave me some time to gather my thoughts about the conversation. After about two days I prepared my email and sent it to her. I politely explained started by thanking her for taking the time to speak with me but that I would have to decline seeking mentorship from her. I explained that although I adored her from afar because of the wonderful things she was doing in her business, I did not like her as a person and that to me was most important.
I finished by telling her that I am glad that I had the opportunity to speak with her because she showed me that I never wanted anyone to feel that way around me so when I began a businesswoman I ensure that no one ever felt as I did that day.
“Then what happened mommy?” My little one said as she was hanging on to every word in the story. “I felt good about myself. It felt good to stand up to someone that I admired and let her know how I truly felt whether she agreed with it or not.”
It is essential for the parents to nurture their child in way that is most preferable and suitable for the future. The whole personality of the child is carved by this one important factor, confidence. But the question is how to introduce that trait and polish it to be useful. It is the number one priority of the parents to build the element of self-esteem in the child first. The next thing is the finding the reason to be confident as not to become delusional and arrogant, which are the opposite of confidence. Parents must find that passion factor which gives their child the most happiness or desire. Then they need to polish it to let it shine for their child.
Be confident
First step in teaching a child to be confident is for the parent to be confident. According to various researches, it is revealed that unhappiness in the parents that is apparent is eventually going to transfer to their child. You need to first build your confidence as the child observe your every move and thus adopt what you do. It is important to present yourself a confident person in front of your child to influence them to be more confident effortlessly.
Avoid Illusions
The basic rule for raising a child is to avoid the illusions and live in the reality. Analyze your child and then construct your strategy. Building confidence is not that simple, it requires contemplation and detailed observation of your child. No one is going to take care of your child better than you so spend far more time teaching your child reality rather than distorting the truth.
Let your Child Choose
Give your child some authority to choose their own activities rather than dictation. It is revealed from the experiments that child’s attention last longer in those activities that are chosen by them. Support them and if they are not suitable for them, then instead of scolding, treat them with rationality.
Rational
Try to teach your children to be rational as much as possible. Treat them rationally and they will treat other with the same way. Let them be a decision maker with the smart choices. Preparing them for the worst situations by simulating the situations but limited to the extent of shattering the self-belief. Parents must be a role model for their child.
Want to learn some FUN ways to reduce sibling rivalry? Click here for my FREE downloadable “Sibling Rivalry Cheat Sheet” and let me know what you think.

Do you feel like your connection with your children is great?
November 2, 2016

What would you say if I could show you how I reduced sibling rivalry all while having fun?
November 2, 2016